Facts About Cannabis That You Probably Never Knew!

Who’s a fan of herb? Umm…I mean the herb of bliss—cannabis! Honestly, cannabis is my partner. It keeps me pampered with a delicious high.

Jealous? Well, come on! Grab a bud, crush it, roll it up, and drag those puffs. Sounds amazing right?

Marijuana is a blessing to mankind. In fact, it has been for ages. The earliest usage dates back to 10,000 BC in China. It was used to make ropes, and seeds were consumed in the form of food.

Well, what else do you know about cannabis?

Honestly, there is a lot to know. I’ll share some interesting facts which you probably never heard of.

Cannabis Was The First Thing To Be Sold Online

How many of you knew that? Yeah, that actually happened. It dates back to 1971. Stanford Students created an online platform to arrange a meeting. Many people did not consider this as a valid purchase but it did happen.

Icelanders Are The Biggest Stoners

So, which country did you have in mind? Honestly, I thought it might be Netherlands. But, we clearly have a winner. Iceland boasts the highest percentage of population that consumes marijuana. Survey shows that almost 18% of the population uses cannabis.

Surely, the country has the perfect scenery to smoke up.

You Cannot Die From Cannabis Overdose 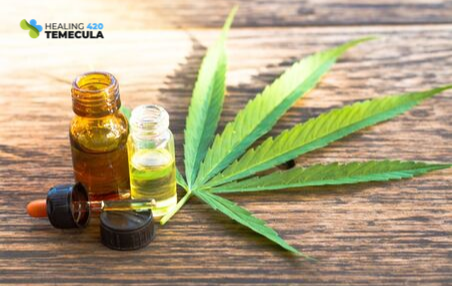 Cannabis is a savior. How is it supposed to be dangerous? That’s common sense. Well, as a matter of fact you need to consume a whopping 680 kilograms of cannabis in 15 minutes to die from it. I’m not interested in investing so much effort into dying. I have better things to do. Like? Get high and chill!

Beer And Cannabis Are Cousins

Yes, you heard that right! Scientific research shows that the hop used for making beer, and cannabis are from the same group of flowering plants. Whoa! Who would have guessed it? The next time you grab a pint of beer, do remember this.

Cannabis Is A Viable Option For Treating Cancer

Cancer is a deadly disease. The medicinal use of cannabis is quickly gaining popularity. Well, that’s understandable. There are various studies which point to the beneficial effects of cannabis.

Well, if you’re in California, you need a medical marijuana card Temecula to access cannabis legally.

Cannabis is very effective in managing the symptoms of cancer. It acts as an appetite stimulant, manages pain, and brings a sense of relaxation in the body.

Shakespeare Was A Cannabis Lover

Shakespeare has presented us with one of the most creative pieces of literature. So, I guess we know the source of creativity. Well, documented proof traced the presence of marijuana in his pipe. Although this does not provide a concrete proof, it still points in the high direction.

Bhutan Feeds Cannabis To Its Pigs

What about humans? Cannabis grows abundantly in Bhutan. In fact, there’s more marijuana than grass. But, people don’t smoke much there. So, it’s rather used as a feed for pigs.

The pigs must be high; I’m quite sure about that.

Henry Ford Once Made A Hemp Car

Yeah, that happened in 1941. Henry Ford developed a hemp car which ran entirely on hemp based ethanol. The body was made using hemp plastic which is 10 times stronger than steel. The car surely offered a high ride!

Yes, you heard that right! Research shows that women are particularly more sensitive to cannabis than men. It means they experience the high much quicker than men. That’s great, right? Well, it’s a fact that women have the affinity to develop a tolerance to the herb.

This means that they have to take enhanced quantities of cannabis to feel the high and are at a constant risk of dependence.

Marijuana Is In The Air

Surprised at hearing this? Well, that’s the truth. In 2012, seven cities in Italy were surveyed for the psychotropic content in the air. The list of cities include Rome, Naples, Milan, Florence, Turin, Verona, and Palermo.

Turin, Florence, and Bologna had the highest concentration but the amount was particularly less to affect human health.

Cannabis has always been on the radar of people. This includes politicians and other famous personalities too. Before marijuana became illegal in the states, growing was a part of the popular culture.

The Numbers Do All The Talk

As per a survey, at least 100 million Americans have used cannabis at some point in their lives. Out of those, 25 million people are regular users. Well, those are definitely staggering numbers.

This fact signals to the thriving cannabis culture in the US. Also, the legalization drive has induced a sense of education in people. They are more driven and motivated to use medical cannabis for their health. For instance, in California, people need to get an MMJ card from a licensed Temecula medical marijuana doctor to access the herb from the dispensary.

This is definitely a brilliant way to use the medicinal effects of cannabis for enhancing the health of patients.

What’s In A Name?

One of the most exciting aspects of cannabis is the unique names it has. I guess you can relate to that. Granddaddy Purple, Harlequin, White Widow, Girl Scout Cookies and the list is endless.

There are more than 200 slang terms for cannabis. Everyone has a unique way to describe the favorite herb and it has surely kept people hooked.

Cannabis Is More Popular Than Starbucks

Although cannabis and coffee go hand in hand, the herb has particularly topped the popularity charts. In Denver, there are more cannabis dispensaries than Starbucks store.

This surely points to the popularity of the herb and the fact that it has become an important part of people’s lives.

It’s Hollyweed And Not Hollywood!

Back in 1976, a prankster playing a word game changed the sign to read ‘Hollyweed’. This was supposedly altered to celebrate the legalization of cannabis in the state. It was not the first and last time that it happened. Over the years, there have been multiple incidents where the iconic sign was changed to ‘Hollyweed’.

You Shall Only Speak The Truth

You won’t believe it but at the time of World War II, the American government used cannabis as a truth serum. Wondering how they did that? They mixed it in cigarettes and gave it to detainees to spill war secrets and other valuable information.

Canvas And Cannabis Are Related

How? The word ‘canvas’ is probably derived from ‘ cannabis’. Historically, canvas was made from cannabis fiber. As the cannabis based fiber became expensive, canvas linen become more popular.

So, how many facts were you already aware of? I’m sure these took you by surprise. Well, the truth is that cannabis is highly beneficial for us. It has made managing health easier than before. In fact, it has presented us with a safer and a more effective method of treatment for a variety of health conditions.

Cannabis is here to stay for sure!