How Can Marijuana Help Boost Concentration

Trouble focusing can interfere with your ability to perform daily tasks. Moreover, it can lead to psychological conditions such as ADHD (Attention Deficit Hyperactivity Disorder), which is increasingly diagnosed among children and adults in the United States.

Medical researchers have found that marijuana provides lots of health benefits. Its amazing cannabinoids can help in boosting focus, concentration, sleep, and mood by interacting with the body’s endocannabinoid system. Read on to learn how exactly medical marijuana help patients with lack of focus and the easiest method to get legal access to medical marijuana Temecula.

Being focused is important when it comes to performing a task. There can be various reasons for lack of focus, such as trouble sleeping, stress, unhealthy diet, anxiety, etc.

Many think that smoking marijuana makes you lazy and feel sleepy, but it’s not true. There’s a wide range of cannabis strains (with different CBD and THC levels) available. Some strains induce deep stoning effects while others provide ultimate relaxation. Some strains deliver energizing effects for boosting creativity and concentration.

Many marijuana consumers report that it helps them boost creativity and work for long periods without any distraction. However, some say smoking cannabis before exercising, playing sports, or recreational activities help them improve performance.

One of the major reasons for the development of ADHD is a lack of the brain’s neurotransmitter dopamine. It can lead to slowing down nerve signals and affect the way thought processes work. Marijuana’s psychoactive compound THC is effective in increasing the dopamine levels in the brain. This helps patients improve memory, attention, and mood. 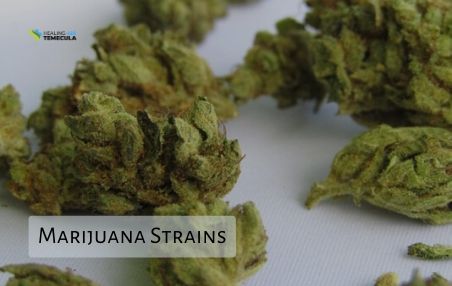 Marijuana’s effects on your body depend on various factors, of which one is the type of strains you smoke. Thus, to get off your symptoms completely, you should buy the right strains from medical dispensaries.

Here’s a list of the best concentration, focus boosting strains-

Telemedicine services allow you to apply for medical marijuana recommendations in a few minutes through your digital device. Here’s the complete process-

In conclusion, marijuana’s amazing coping properties can help in boosting mood, sleep, and memory, thus boosting focus. The herb contains more than 100 cannabinoids, which work by binding to the cannabinoid receptors found in the body’s endocannabinoid system. Medical researchers have found that marijuana use can help in treating conditions that are linked to lack of focus. These include ADHD, dementia, insomnia, anxiety, etc. To alleviate your symptoms completely, make sure you get the right strains.

Talk to a professional doctor to get 420 services Temecula.